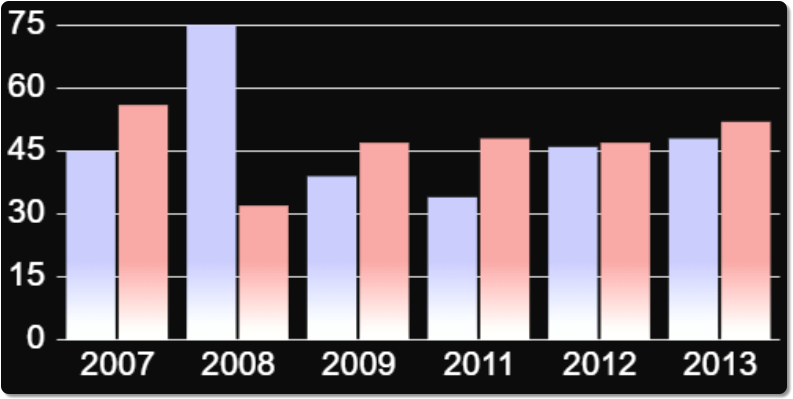 This is a grouped Bar chart with two bars per group which uses red and blue graduated fills. The background grid has been customised and the background itself is a dark color (so the text has been changed to white). Also, the chart is using the Bar chart wave effect. This grows sequentially from the left-hand-side with a small delay between each group of bars.

If you wanted to add further information to the chart to identify the meaning of the two bars you could add a key in either the graph or margin modes or you could perhaps use the labelsAbove option.