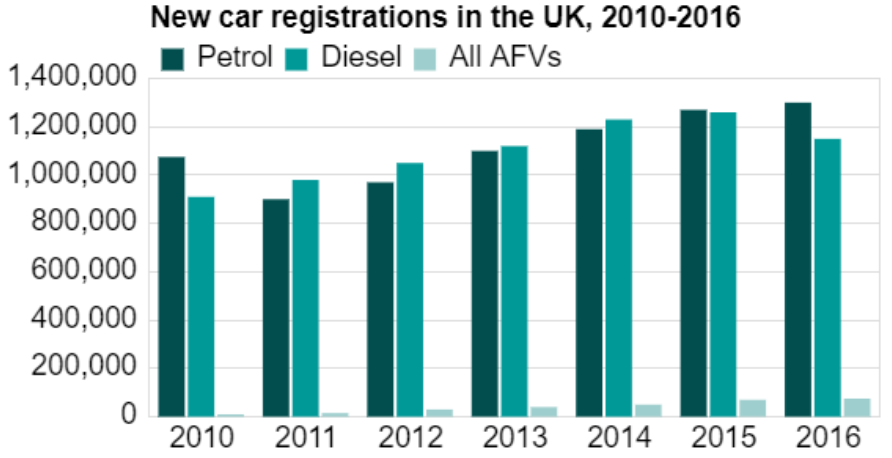 A straightforward Bar chart with a nice aesthetic to it. This style (ie the colors) of chart is frequently used by the BBC news website.

It's a grouped Bar chart with three data pieces per segment (the third data pieces are quite small when compared to the other two).

The background grid vertical lines are disabled (there's still a border around the edge of the grid) and there's a key that's positioned in the margin, on the left-hand-side.

If you like this style of chart, then you could also try a slightly larger font size.

The responsive function alters the text sizes of the chart and changes the CSS value of the float property so that on smaller screens it's not aligned to the right.

There now some tooltips on the chart which use both the tooltipsCss property and the formatted tooltips feature. These use a white-on-black theme and are left aligned - both using CSS. As a result they have a nice aesthetic to them.