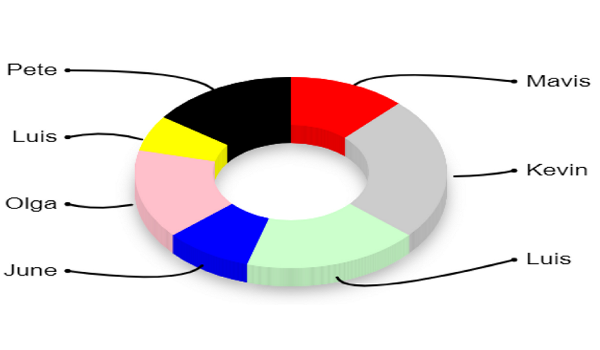 Here's an example of a 3D Pie chart effect used in conjunction with the donut3d variation (use the variant property as shown below).

Other variants include: pie pie3d and donut

On this chart, the shadow is used to accentuate the appearance of depth.

The 3D effect is achieved by stretching the canvas in the horizontal direction - which is why the text looks stretched.

In terms of the responsive nature of the chart, when viewing on smaller screens the labels are switched to tooltips and a title is added to indicate as such.