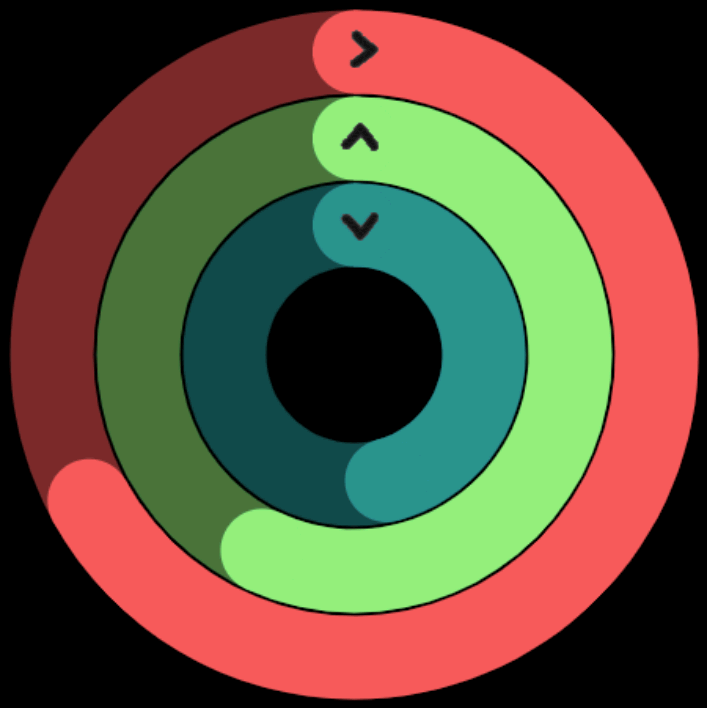 This is an example of the new (in version 5.28) RGraph.Activity class. (You can read the documentation page for the Activity meter here. Previously to get this sort of chart a large amount of custom code was necessary but now the chart has been given its own class - which is in the RGraph.activity.js file.

The colors and quantity of the rings are specified by you and the icons are configurable (or can be replaced with text if you prefer. The chart can be animated using the grow effect, adjusted and can now also have tooltips.