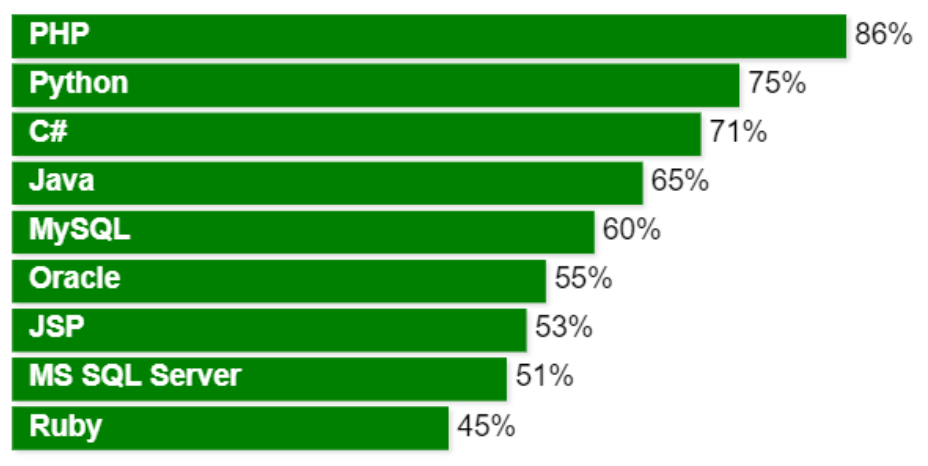 This Horizontal Bar chart does not use the yaxisLabels option but instead has a minimal marginLeft setting and then uses some custom code in the draw event to manually draw some labels. It also uses the labelsAbove option to indicate the percentages for each bar.

The grow effect is employed to animate the chart.

If the draw event wasn't used and the labels were simply added after the chart had been drawn then they would disappear when the canvas is cleared for the second frame of the animation. And that happens so fast that it would seem like they just aren't being drawn.

This chart has been updated in March 2020 to add tooltips that use formatting and the highlighting color has been updated to a gradient so that the labels on the left-hand-side are unobscured.