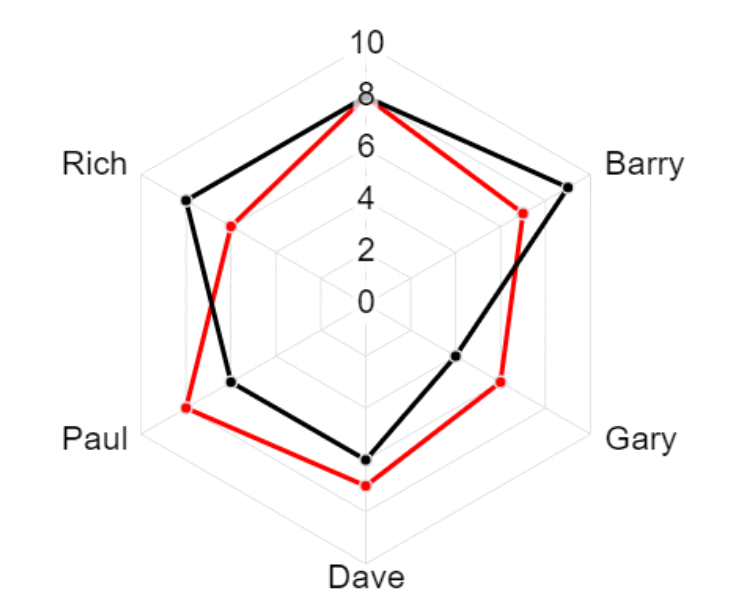 Here's a Radar chart that happens to have two datasets. By default, Radar charts look a little different, with a fill color applied. This can be set to transparent though, as is the case here, giving us this style of appearance.

The labels are set to only be drawn on the north axis, the textSize has been increased to 16 and the top label (on the "north" axis) has been set to be blank as it would clash with the scale labels.

The axes on the chart have also been disabled.