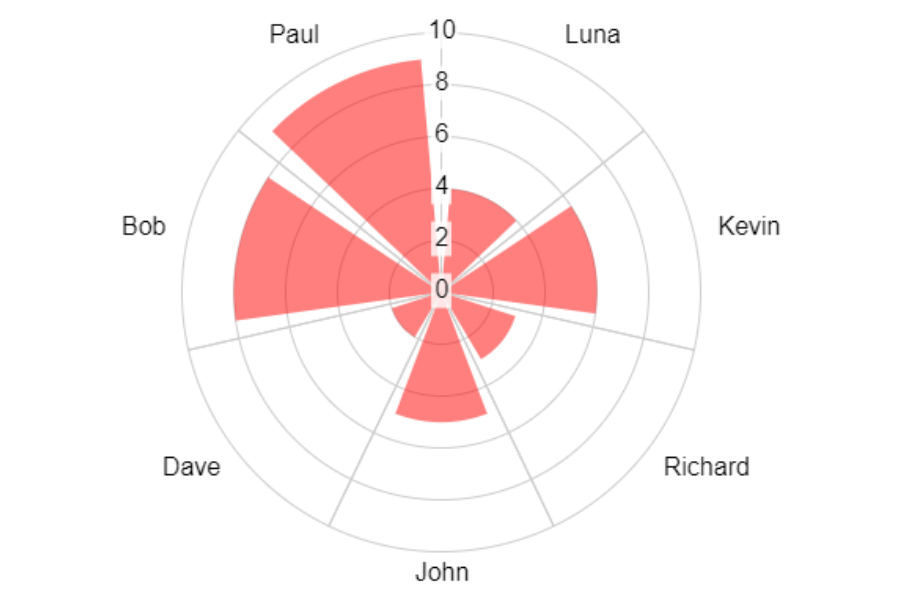 Here's a simple Rose chart that can be quite easily used as a traditional Wind Rose chart (ie based on a compass with larger segments indicating stronger winds).

Though the canvas Rose can be configured to have a 3D appearance. There's a demo of the 3D Rose online and in the download.

The SVG Rose also has a segmentsAngleOffset property. This property allows you to rotate the segments slightly and by using two Rose charts - one with a positive offset and one with a negative offset you can get a grouped effect to the chart. This is shown by a demo in the download called svg-rose-grouped.html

For smaller screens, the text is smaller and there's no CSS float applied to the SVG tag.