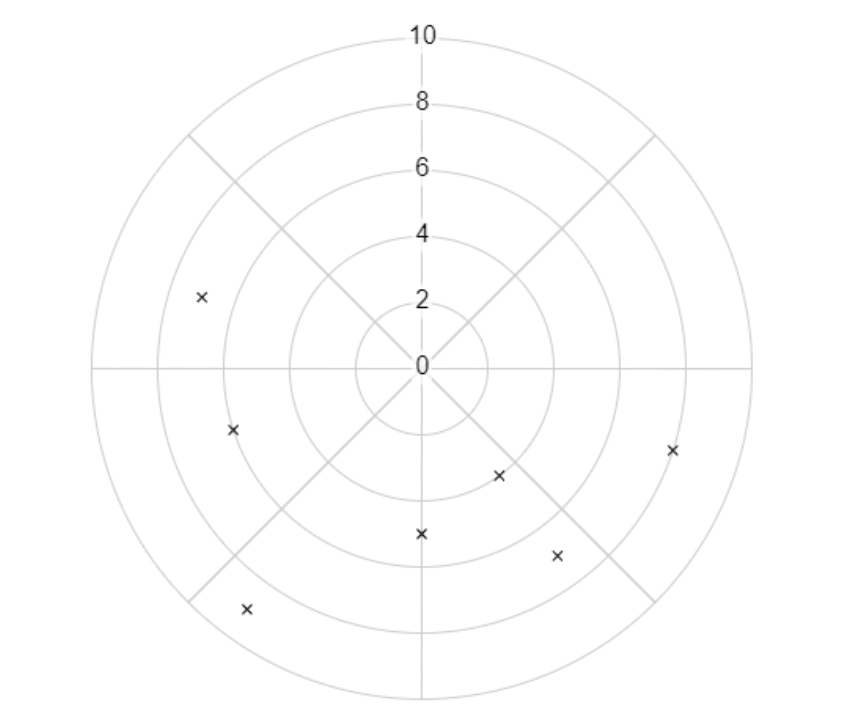 Each point has two values - the angle of the point in degrees and the absolute magnitude. If your values for the angle are initially in a relative format then you would need to convert them first. You could do that with the following example code:

The only other configuration is the labels being changed from being on all four axes to just the 'north' axis.