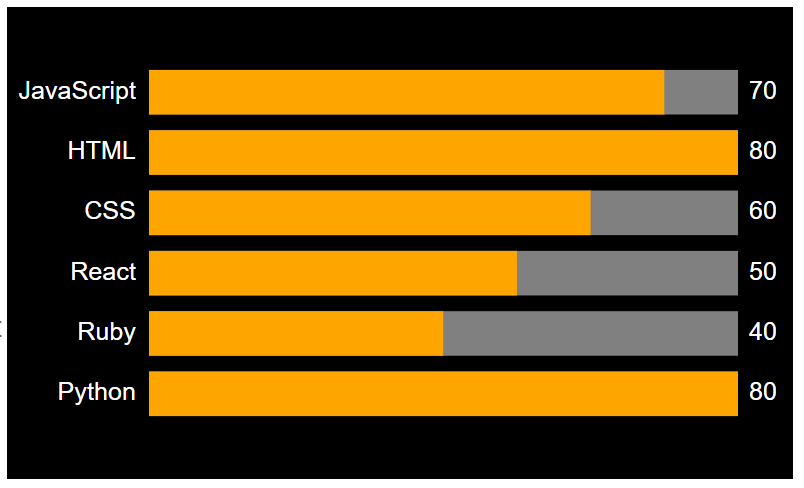 By combining charts like this you can get a multitude of different effects that just wouldn't be feasible with just a single chart. You can examine the source code for both of the Horizontal Bar objects below. The div tag that the SVG uses is itself wrapped in another div tag and it's this one that has CSS applied to it.

This chart doesn't do a lot in terms of responsive features. It reduces in size a little, the text size is reduced and the CSS float is removed.