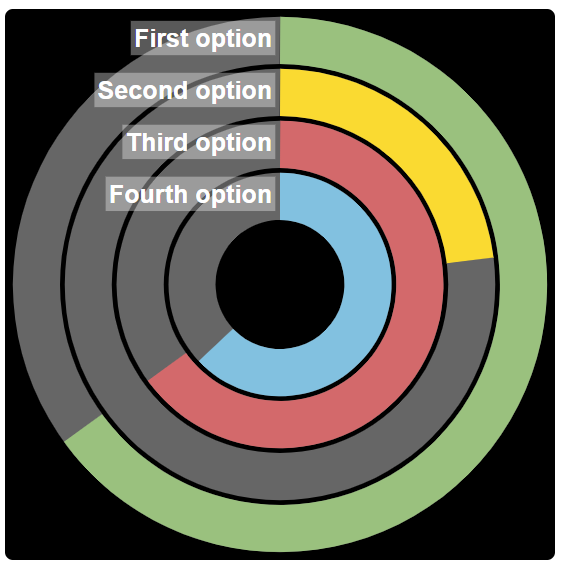 Here's a set of Pie objects that have been configured so that they appear as circular progress meters.

This is done by adding one Pie object that has the real color and is configured with the real value on top of another which is used as the background and has a single value of 100 so it's a full Pie segment.

The labels are added by utilising the RGraph.SVG.text API function. You can use this function to add your own text labels to your visualisations. To position the text the pie.centerx and pie.centery API variables are used.

One more thing that's used is the RGraph.SVG.GLOBALS variable. All objects get any values that are set on this object first before their own properties. This means that you can set common values as defaults and all subsequently created objects will use them.