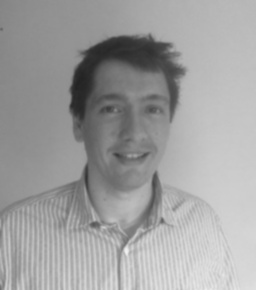 About my experience in IT

Formerly an avid winter sports participant and extreme sports enthusiast I've been in the technology sector for over 23 years, and in the web development sector specifically for the majority of those.

Starting in a technical support role for consumer desktops (both hardware and software support - Windows and associated software) for a well-known high street brand I then moved to a firm doing in-house desktop support.

In this role, there were elements of telephone support but mainly it involved visiting people's desks and either installing new software or resolving faults for people.

This gave me a good grounding in computing and was a great start to then move into the then-emerging field of computer programming for websites.

So from there, I was able to start web-based programming, using Unix/Linux based languages, and go onwards and upwards.

I worked for various firms in the south of England, including one of the largest film rental firms in the country and an investment tracking and reporting firm that was headed by a well-known public figure.

Throughout this period I was able to work on various pieces of Open Source software which were distributed via my personal website and the official PHP PEAR website.

The technical expertise that has resulted from working on these high traffic websites and Open Source projects lends itself well to producing high-quality software with great performance and good usability.

Unfortunately, all of this came to an abrupt halt some years ago when I suffered a number of pretty bad strokes which left me with significantly reduced vision, mobility and coordination. I spent roughly six months in hospital learning to walk, talk and eat (!) again (and, much to the nurses' chagrin, smoke...). So a big thanks goes to the NHS!

And then, after leaving hospital, the next four-five years were spent going to the gym and improving my health and general awareness.

It was during this time, in 2008, that I started writing RGraph. Initially, it was a canvas-only, commercial charting library. But it improved over time and it grew (in terms of types of charts that it supported along with the features that it had).

Now it supports well over 50 charts and variations across both canvas and SVG and is entirely unrestricted to use as it is now uses the Open Source MIT license.

Going forward increased support for SVG charts is planned along with increased features for both the canvas and SVG charts.

My experience with JavaScript

I started with JavaScript when I first started doing web development back in the late 1990s. JavaScript at that time wasn't really a serious development language like it is now. More of a novelty that really didn't work cross-browser without some serious attention.

So for the first half of my career JavaScript really took a back seat in favour of server-side development - ie PHP and MySQL predominantly.

Of course, I wrote various things in JavaScript outside of work - such as a menu system that was targeted at Internet Explorer and took advantage of that browser's proprietary abilities, a calendar widget for forms, a dynamic tree menu system and an autocomplete widget for form inputs.

However, since around 2008, when RGraph was started, JavaScript, CSS and front-end development in general, have really become 'a thing' and that's what I've focused on with RGraph.

As such my JavaScript experience has grown significantly - specifically in regard to HTML5 canvas and more lately SVG too.

So now, years later, my JavaScript experience is good and it comes far more naturally to me. With RGraph being written in native JavaScript - this is a big help!

Go back to the about page to find out how to get in touch with me and get support for RGraph.