Plans for version 5.1 of RGraph 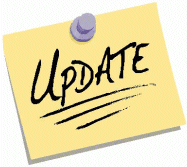 For the next version of RGraph - version 5.1 - I think I'm going to remove a lot of redundant legacy code. Some of the code in RGraph has been there for over a decade in order to preserve backwards compatibility.

But because it's so old and the current configuration style has been in place for some time it's no longer necessary and is only taking up space (like myself some would say...)!

So the current JSON configuration is the only one that will be available but it's the best so there's no great loss.

Here's a short list of what's going to be taken out. It doesn't look like a lot but there will be a lot of testing that will be necessary and a lot of documentation pages will need updating because behind the scenes they use an older configuration style.

This will be the main focus of version 5.1 - possibly the only thing that's in the release (though a few other minor things may sneak in). If you have any other suggestions then let me know what they are using the support forum.